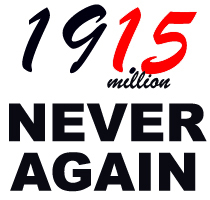 The Never Again Campaign has organized and sponsored educational events on and off university campuses and has funded other organizations, who share similar goals. Past recipients include, but are not limited to, Zorian Institute, Armenian Genocide Museum of America and The Genocide Education Project.

The campaign has raised over $50,000 since its creation.